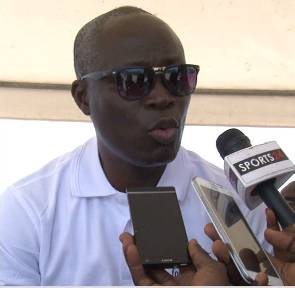 The Ministry of Youth and Sports is broke, sector Minister Nii Lante Vanderpuye has disclosed.
Mr Vanderpuye said the Ministry has only GHS7 million in its coffers to undertake all sports programmes throughout the year.
According to him, the Olympic team will need close to GHS26 million to participate in the 2016 Olympic games in Rio, Brazil, and wondered how the Ministry will manage with the GHS7m.
He revealed this when he met the Sports Writers Association of Ghana (SWAG) at the media centre of the Accra Sports Stadium Monday March 14.
“The Ministry is broke and, Mr President, I am saying this because tomorrow somebody will accuse me of not saying it as it is when I assumed office,” Mr Vanderpuye stated.
“They may think that I am giving excuses, but I need your support in order to let people appreciate the difficulties we have.
“Our total budget for the year approved by parliament is GHS22 million. Out of this GHS22 million, GHS11 million is compensation, being salaries of workers, not only of the ministry, but of all the agencies under us.
“GHS4 million is for goods and services, so what is left to undertake all sports programmes in the year is only GHS7 million.”
According to the Odododiodoo MP, the budget for the national teams, alone, is about GHS42 million. “How do we manage?” he asked.