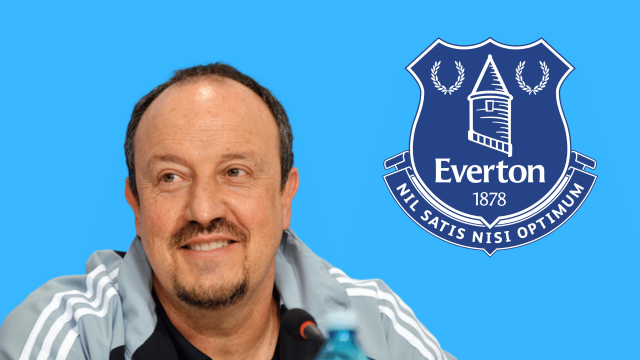 Everton Football Club can confirm the appointment of Rafael Benitez as the Club’s new manager.

The Spaniard joins the Club on a three-year deal and will commence work with the squad when they return to USM Finch Farm for pre-season training from 5 July.

The appointment of Benitez comes after a robust and wide-reaching recruitment process by the Club over the past three weeks – a process which has included multiple interviews with several candidates.

Benitez has a hugely impressive track record with the clubs he has managed throughout his career, securing seven major honours including La Liga titles, the Coppa Italia, the FA Cup, the Europa League and the Champions League during managerial spells in Spain, England and Italy.

The Club’s Majority Shareholder, Farhad Moshiri, said: “Rafa impressed us greatly with his knowledge and experience but, above all, the passion and hunger he showed to join our Club.

“We are appointing Rafa because we believe he will bring success to our Club and to Evertonians. To put it simply – we need to be competing at the top-end of the league and to be winning trophies. Rafa is a proven winner with huge experience in coaching internationally and we have secured the best man to achieve that for us.”

Rafael Benitez said: “I am delighted to be joining Everton. Throughout this process I have been greatly impressed by the ambition shown by the senior representatives at the Club and their desire to bring success to this historic Club.

“I believe this is a Club that is going places. I’m determined to play a big part in helping this great Club achieve its ambitions.”

Everton Chairman Bill Kenwright added: “Rafa Benitez is joining Everton Football Club at an exciting time. On behalf of the Board of Directors I wish him well in achieving success for our football club – success our supporters long for and deserve.”

Everton will confirm the staff who will join Duncan Ferguson and Alan Kelly as part of Benitez’s backroom team in the coming days.