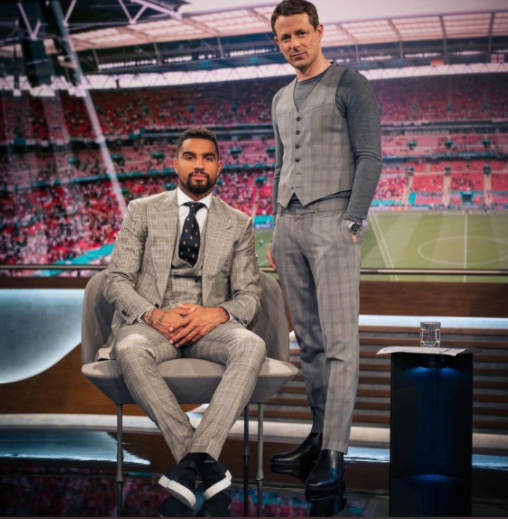 Kevin-Prince Boateng has left his job as a football pundit on German television in the ongoing 2020 European Championship following his move to Hertha Berlin.

Boateng was unveiled by German broadcaster ARD as one of its marquee analysts prior to the start of the Euro 2020.

The 34-year-old joined other legends like Bastian Schweinsteiger, Thomas Broich and Olympic champion Almuth Schult to discuss the German national team and other matches at the tournament.

He returned to the Bundesliga side as a free agent, having parted ways with Serie B team AC Monza this summer.

In a Twitter post, Boateng announced that he was leaving his job as a television pundit following his move to Hertha Berlin

“Dear sports show, Thank you for the great experience!” he wrote in his goodbye message to the broadcast network.

“Thank you, to the wonderful people I got to meet with you and for the fun, I had with you! I really felt at home with you and I’d love to come back.”