Badminton Benin International: 'The bronze medal will spur me on to achieve my dream'- Kelvin Alphous 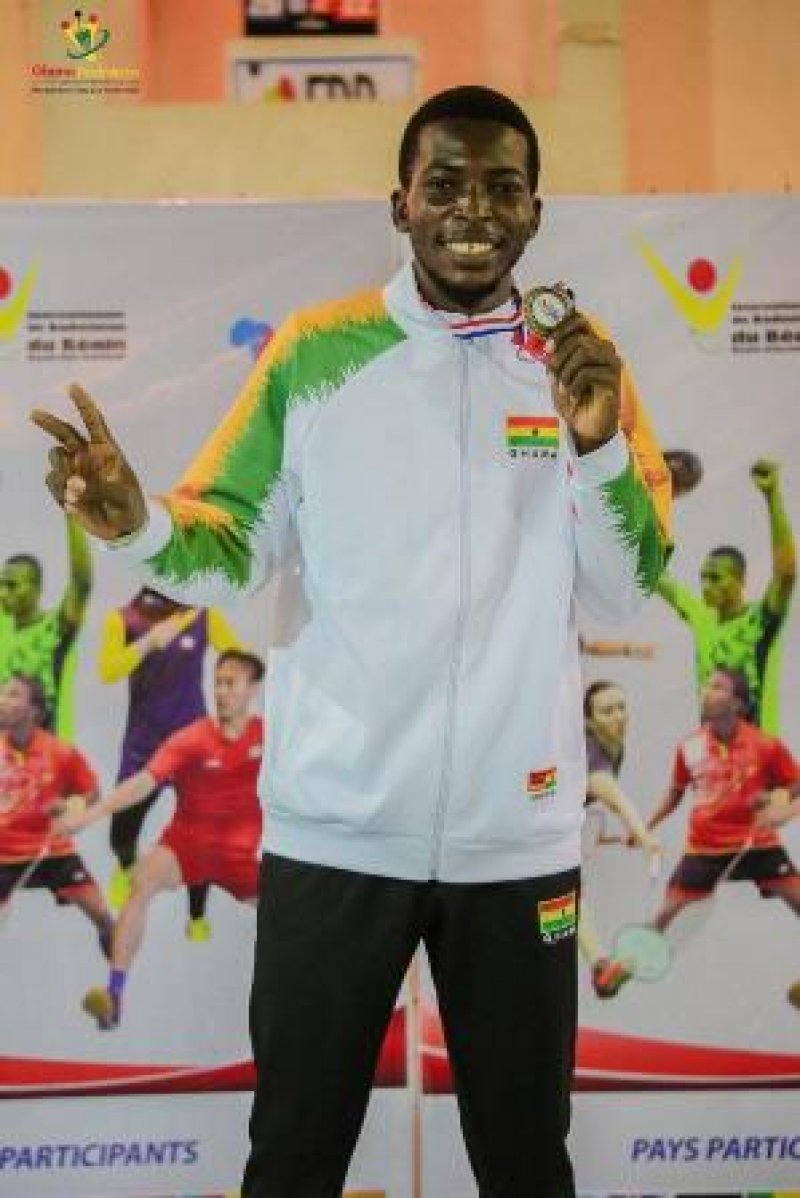 Ghana’s Mixed Double bronze medalist at the just ended Benin International, Kelvin Alphous has said, his first international medal will spur him on to win gold in the All-Africa U-19 Championship.

19-year-old Alphous won bronze medal in the Benin International (U-35) level, and believes the experience gathered at the senior level would yield positive results in the All-Africa U-19 Championship.

In an interview with the GNA Sports, Alphous, currently ranked number two in Ghana said “it has always been my dream to win a medal in an international tournament but I didn’t know it would come this quick.

“This would encourage me to do better in the U-19. I wanted to win gold at the senior level but this will spur me to win the ultimate in my next international competition.”

The skillful and hardworking player, thanked his coaches, the President of Ghana Badminton Association, Mr. Evans Yeboah for giving him the opportunity and the support in his career.

The youngster has set his eyes on representing Ghana in Badminton at the 2024 Paris Olympics in France.

The All-Africa U-19 Championship will commence on Friday, August 27 to Wednesday, September 1 at the Stade de l’amitié Générale Mathieu in Quidah, Benin.