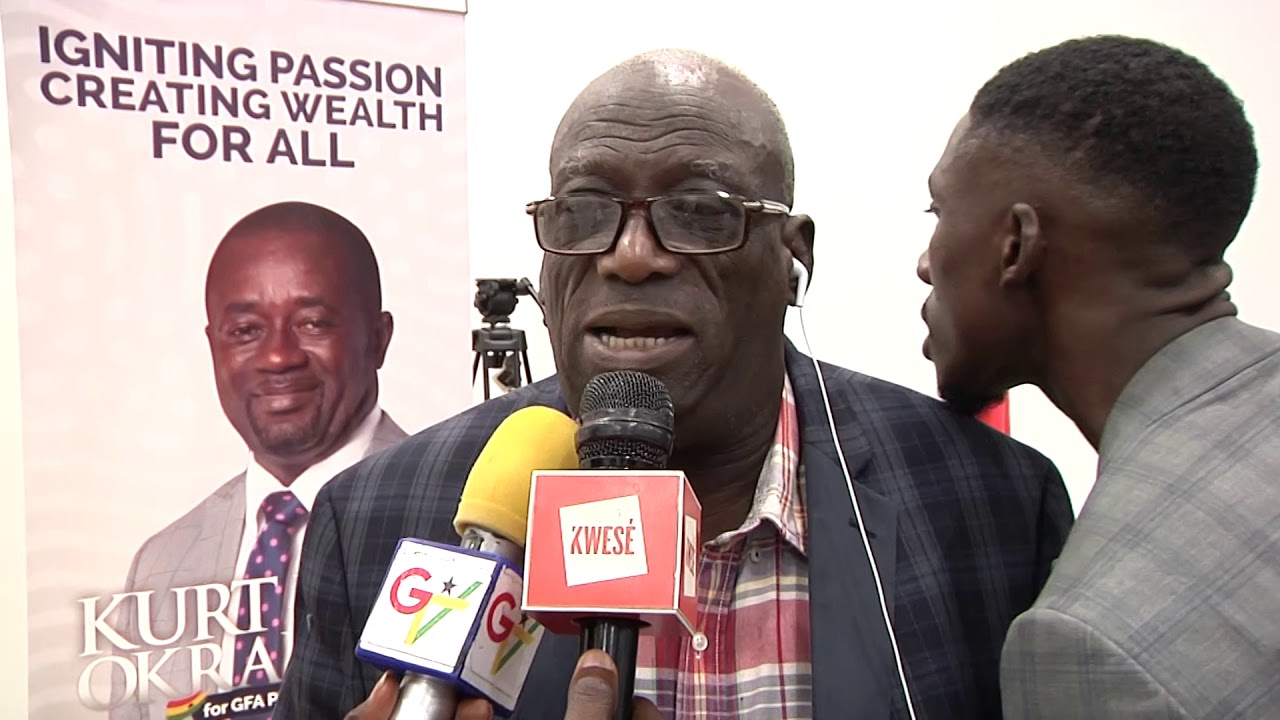 President of the Ghana Football Association, Kurt E.S. Okraku has paid a glowing tribute to the late Jones Alhassan Abu at his final funeral rites in Tamale on Sunday.

Mr. Okraku has described the passing of one of the most industrious and intelligent football administrators in the football industry as a desperate loss.

Affectionately called Prof, due to his immense football knowledge, the late Jones passed on to glory earlier this month.

Speaking at the funeral rites of the late Jones, Kurt Okraku described his death as a desperate loss to the football family.

“It’s a desperately sad loss for the Ghana football family.

“We are all saddened by the demise of Jones Abu and as a matter of fact very difficult to come to terms with,” he said.

“He was a very intelligent person – a deep thinker. For someone like Jones to have served Ghana Football for all his life, he had a big impact in the game.

“He brought tremendous experience to the GFA after many years of work and many will remember him for his role in this current administration.

“As a member of the Black Stars Management Committee, he’s worked very closely with some of us. He was an inspiration to us all in football and a very big loss for Ghana football,” he added.

With over three decades experience in Ghana football as an administrator, Jones was arguably the most experienced among his peers.

He served as CEO of RTU and several clubs in the north and was the CEO of Tamale City before his death.

Adding to his portfolio, he was a member of the management committee of the Black Stars and also served on the Division One League Board.