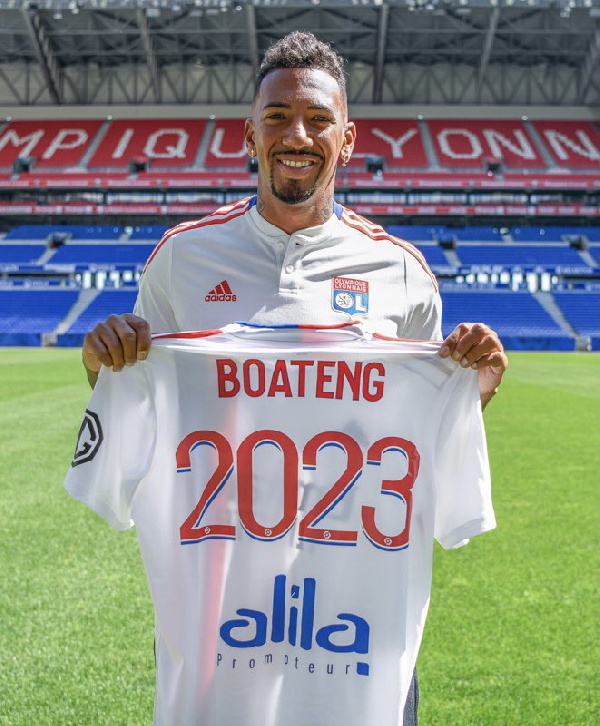 French Ligue One side, Olympique Lyon have announced the signing of former Bayern Munich centre back Jerome Boateng on a free transfer.

Boateng, 32, failed to agree an extension to his deal at the Allianz Arena and the ex-Manchester City man will now ply his trade in France after 10 trophy-laden years in Germany.

The German completed a medical on deadline day ahead of signing a contract until 2023, according to journalist Fabrizio Romano.

The defender arrives in Lyon having won every major trophy available to him in Germany following his arrival in 2011.

He won the 2013 and 2020 Champions League, nine Bundesliga titles and five German cups during his stay in Bavaria.

And, Lyon’s announcement video didn’t fail to highlight his achievements.

Boateng’s arrival at the Groupama Stadium is believed to be Lyon’s way of bolstering their defence after Marcelo was demoted to the reserves for attitude issues.

The former German international had attracted interest from a number of Premier League clubs, including Chelsea, Arsenal and Tottenham.

Serie A outfit Roma were also linked with a move for Boateng which would have seen him join up with Jose Mourinho in the Italian capital.