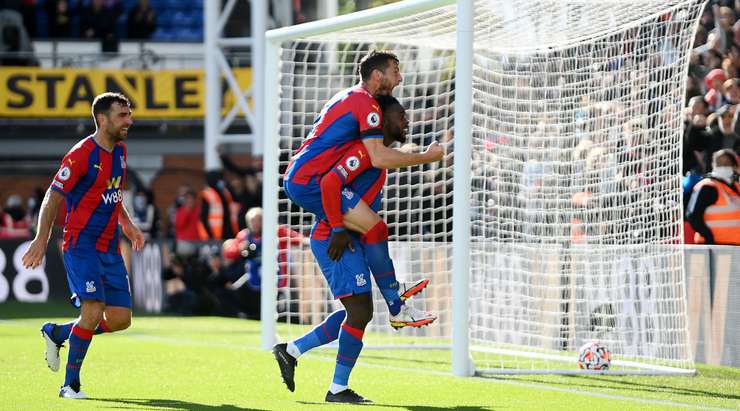 Ghana international attacker Jeffrey Schlupp came off the bench to score the equaliser for Crystal Palace in their 2-2 draw with Leicester City in the English Premier League on Sunday.

The 28-year-old came off the bench to replace Conor Gallagher in the 71st minute and he scored just a minute later.

Schlupp got to a rebound inside the six-yard box and produced a header. He managed to put the ball into the bottom left corner, and thus alter the score to 2:2 as Palace completed their comeback into the game.

While he came off the bench to score, his Ghanaian compatriot Jordan Ayew started the game but he was replaced by Michael Olise in the 53rd minute and the youngster put his name on the score-sheet.

The goal is his first goal of the season.