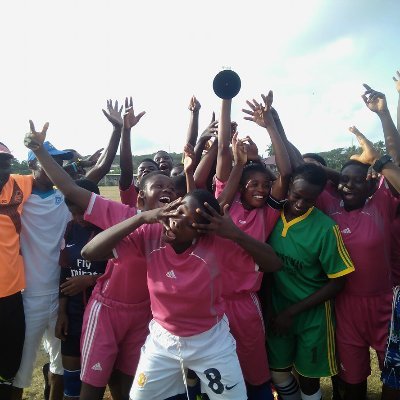 Army Ladies’ chances of playing in the Elite Women’s League hit a snag on Wednesday as they lost 2-0 to Essiam Socrates Ladies at the McDan La Town Park.

Socrates Ladies began the game in a superb manner and opened the scoring in the 10th minute through Fredericka Kai Addico but that did not last as Loretta Otoo connected beautifully after a neat team play in the 18th minute to draw level.

Essiam Socrates were presented with an opportunity to restore their lead in the 28th minute and Mercy Arthur made no mistake as she buried the ball into the twine for the second of the day.

Both teams made substitutions but that did not change the tempo of the game as chances were still far and few.

No real chances were created as the game ended 2:1 in favour of Essiam Socrates Ladies.

In the second gamer of the day, Faith Ladies continued their unbeaten run when they played against Valued girls in the second match at the McDan LA Town Park.

The ‘we know no defeat girls’ started off on a high note as they proved too strong for the Eastern Regional champions.

Emmanuella Johnson scored an absolute stunner in the 8th minute to give the Greater Accra Regional champions the lead before Abigail Ewusibea extended their lead in the 27th minute.

Valued girls pressed for a goal but could not break through the gallant defence of Faith Ladies.

After recess, Faith Ladies immediately extended their lead when Portia Nana Prempeh dribbled past the defenders of Valued girls to slot home their third of the day.

Valued Ladies who were yet to lose a game prior to this match, were punished again in the 63rd minute when their shot stopper, Comfort Amoah cleared the ball to Jennifer Kankam Yeboah of Faith Ladies to tap home.

Midfielder, Jennifer Kankam Yeboah scored a solo goal breaking through the defence as she shot at the right corner for her brace.

Defender, Angela Asantewaa scored a consolation for Valued girls in the 92nd minute as the game ended 5:1 in favour of La Faith Ladies.

The result has given Faith Ladies the edge in the Zone – as the lead with 9 points – three [points richer than Valued Girls who are in second with 6 points. The last game of the day was between Anlo ladies and Basake Holy Royals who have both conceded the most goals (19) in the two matches played in the Southern Zone.

Patience Adoma put Anlo Ladies in control with a low strike in the 18 yard box after just 42 seconds, the fastest goal in the competition (Southern Zone).

Ophelia Blay levelled for Basake Holy Royals when she dribbled past the defence of Anlo Ladies in the 26th minute.

Nusimebia Kudzo got the crowd screaming with her sublime free kick at the top right corner of the goal post of Basake Royals to make it 3:1. Adoma Patience who seemed to have found her scoring boot made no mistake as she scored her second in the 40th minute and a hat trick through the spot on the 47th minute right after the half time mark.

Anlo Ladies were poised for their first win of the championship as they kept creating more chances to cement their lead.

Sarah Armah looked to bring Holy Royals in the game in the 79th minute to make it 4:2 but no chances were created after that as the game eventually ended 4:2 in in favor of Anlo Ladies.

Top two top teams in each Zone after the competition will gain promotion to play in next season’s Women’s Premier League.