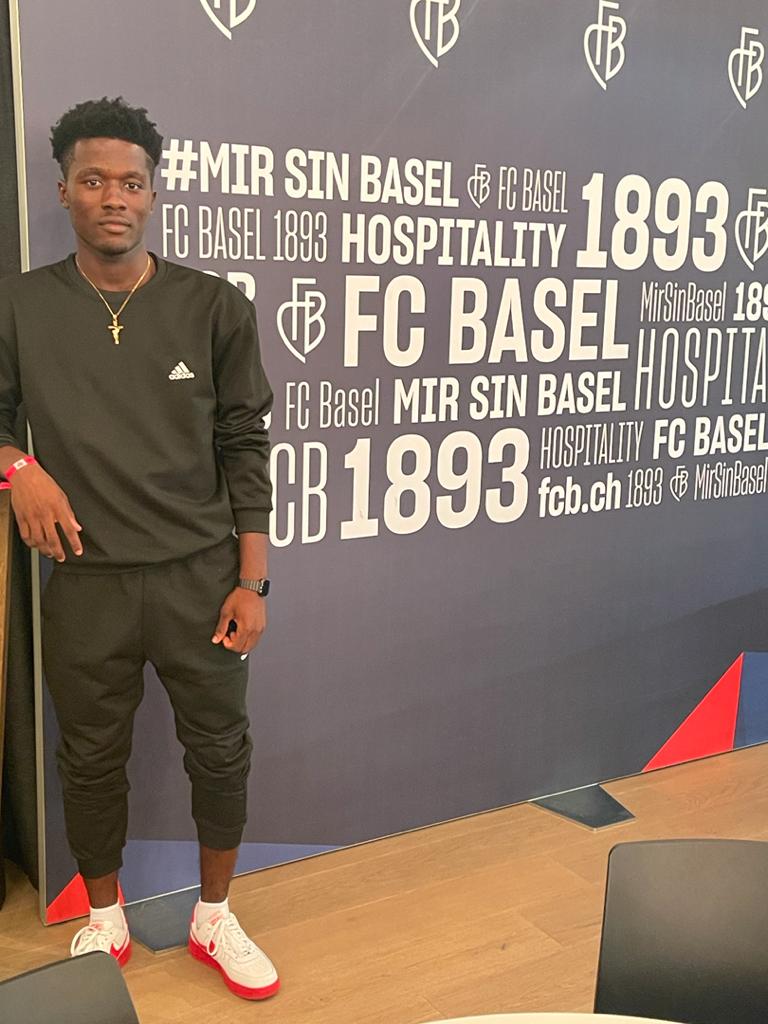 Great Olympics defender, Samuel Abbey Ashie-Quaye has arrived in Switzerland ahead of a  move to FC Basel, it can be confirmed.

The versatile youngster arrived on Sunday together with his representative to complete the necessary documentation for the transfer of the player.

He is expected to penned a long term deal with the club should both parties reach agreement.

Ashie-Quaye, 20, was one of the revelations of the 2020/21 Ghana Premier League helping Olympics to a sixth-place finish.

He was a member of the Black Satellites team that won the 2021 African Youth Championship in Mauritania earlier this year.

The La-born full-back — who is ambidextrous — has won the hearts of several advocates of the Ghanaian top-flight due to his versatility.

Ashie Quaye was handed a late invite to the senior national team ahead of the 2022 World Cup qualifiers against South Africa and Ethiopia in August.