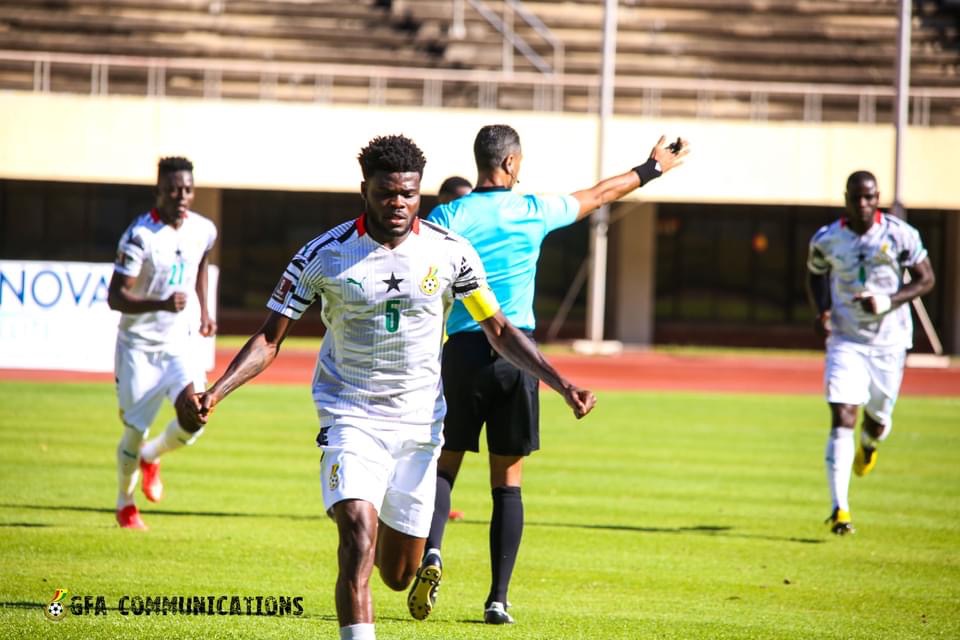 The midfield metronome did not play a part in Arsenal’s 1-0 win over Watford at the Emirates on Sunday afternoon.

Speaking in a post match interview, however, Mikel Arteta confirmed that the Ghanaian midfielder was absent due to a muscle injury but could not tell if Arsenal will give Thomas Partey the green light to play for the Black Stars upcoming game:

“He’s got a muscle injury, and we don’t know how it’s going to evolve, so let’s take it day by day,” the Arsenal manager added.

Thomas Partey played a pivotal role in the Black Stars back-to-back wins over Zimbabwe in Cape Coast and Harere, scoring a goal in both matches.

In fact, it was his goal [from a free kick outside the eighteen yard box] that gave Ghana the 1-0 solitary win in Harare.