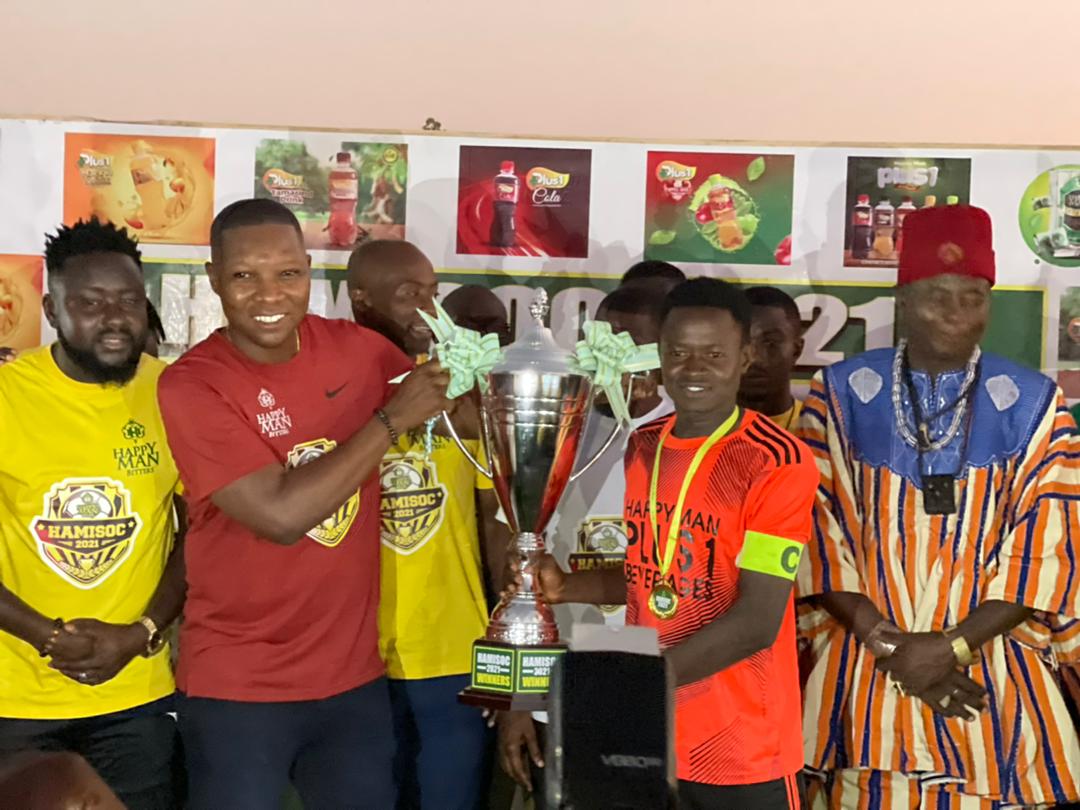 The fifth Happy Man Bitters Inter Community Soccer Competition (HAMISOC) 2021 ended on a high note on Monday at the COS Park Navrongo.

The Founder and President of Charger Limited, the makers of Happy Man Bitters and Happy Man Plus One Beverages, Dr Emmanuel Bortey Borketey was also in attendance with his team, as well as the Overlord of the Navrongo Traditional area Pɛ Denis Aneakwoa Balinia Adda, the Municipal Chief Executive, Hon. Joseph Adongo, the Regional FA Chairman, Salifu Zida and a host of other very important personalities.

The final match was a tense battle between Mboma City and Mission Warriors which ended scoreless in the first half. In the 78th minute of game time, the Mission Warriors conceded a goal to the tenacious defending champs and the COS park went berserk in celebration. With this victory, Mboma city becomes the first team to win the tournament twice.

The officiating officials were not forgotten, as they were also presented with gold medals for their exceptional work.

HAMISOC has developed a tradition over the last few years of selecting the tournament’s top 11 players, dubbed the HAMISOC PRO 11 who are voted for by all the team coaches. They all received certificates of honour.

Dr Emmanuel Bortey Borketey, who addressed the crowd at the conclusion, communicated to the people of Navrongo his intention to continue developing the Happy Man Bitters Inter Community Soccer Competition.

He added that other parties are interested in the competition, and as such, Happy Man Bitters would collaborate with them to guarantee that it grows in size each year.