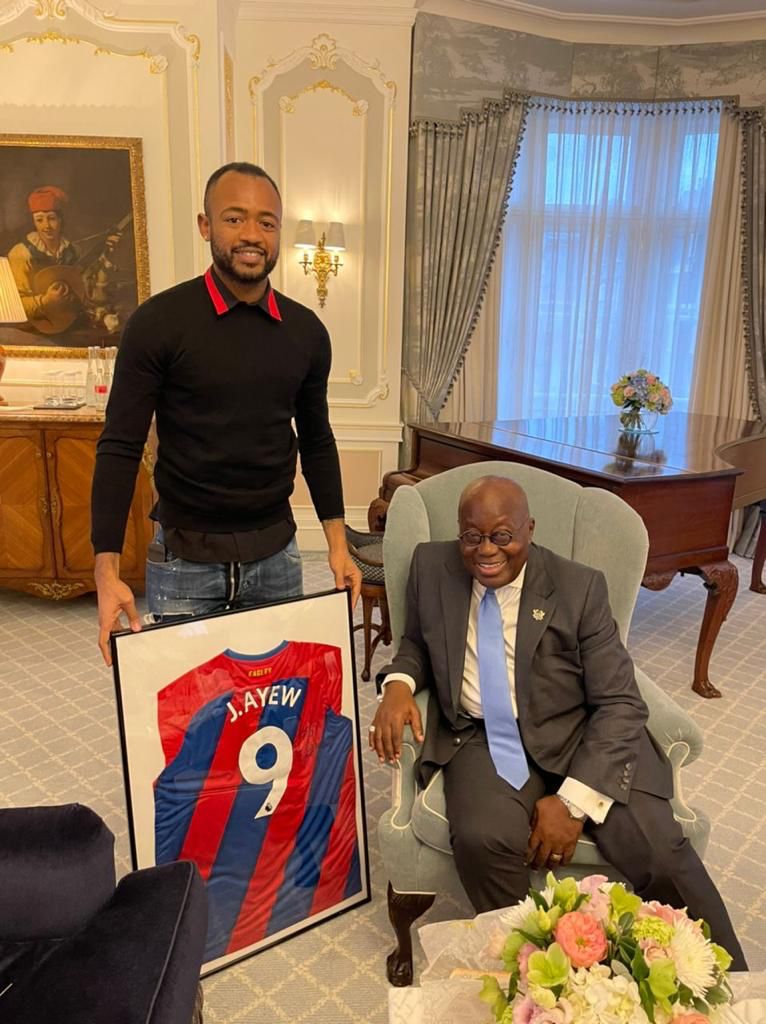 Ayew, who plays for English Premier League (EPL) side to Crystal Palace, met the President, who is on a working visit in England.

The President whilst in England launched the Destination Ghana Project, an initiative aimed at attracting tourists into Ghana.

Ayew, has in recent times come under intense pressure for not scoring and playing below expectation but responded by netting in Palace’s victory over compatriot Thomas Partey’s Arsenal.

The striker played a key role for the national team, Black Stars to secure qualification to the 2022 FIFA World Cup in Qatar, slated for November and December this year.