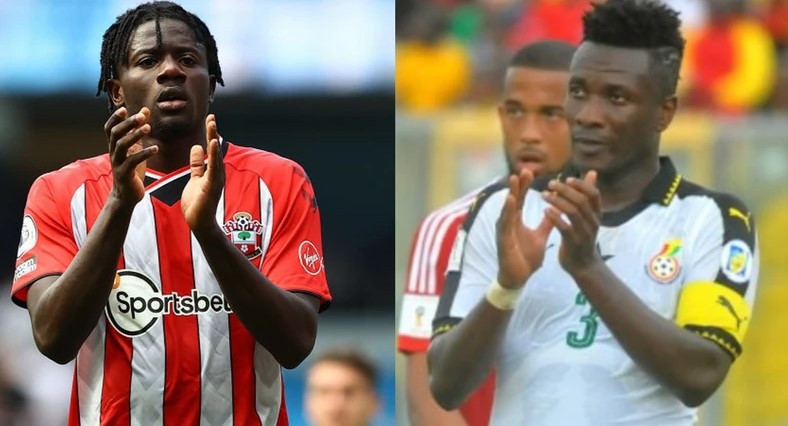 Ghana legend Asamoah Gyan has backed Mohammed Salisu to be a great addition to the Black Stars ahead of the Qatar 2022 World Cup.

The former Ghana captain said he is a big fan of the Southampton defender, describing him as one of the top three defenders in the Premier League.

“If he is rated among the top three defenders, definitely he is eligible to play for the national team if only he is in the plans of the coach and he [Salisu] has it in mind to play [for the country].

“Definitely, he should be ready for the national team, but it will depend on him and the technical team.”

Salisu is currently one of the best young players in Europe, having made an impressive start to the season at Southampton.

He has taken the Premier League by storm after starring in matches against Manchester United, Arsenal and recently Manchester City.

However, all attempts to get him to play for the Black Stars have proven futile so far, with the center-back rejecting a call-up to feature at the 2021 AFCON.

He again turned down an invitation to play in the two-legged Qatar 2022 World Cup playoff game against Nigeria, insisting he wasn’t yet ready.

Gyan said he is a big fan of the young center-back and would love to see him representing Ghana.

“I watch him as a fan because he is doing well at Southampton. I think he is one of the top three defenders in the Premier League and he being a Ghanaian, I think he is selling the country.

“He is performing well but I don’t know if he wants to play for the national team,” the former Sunderland star added.