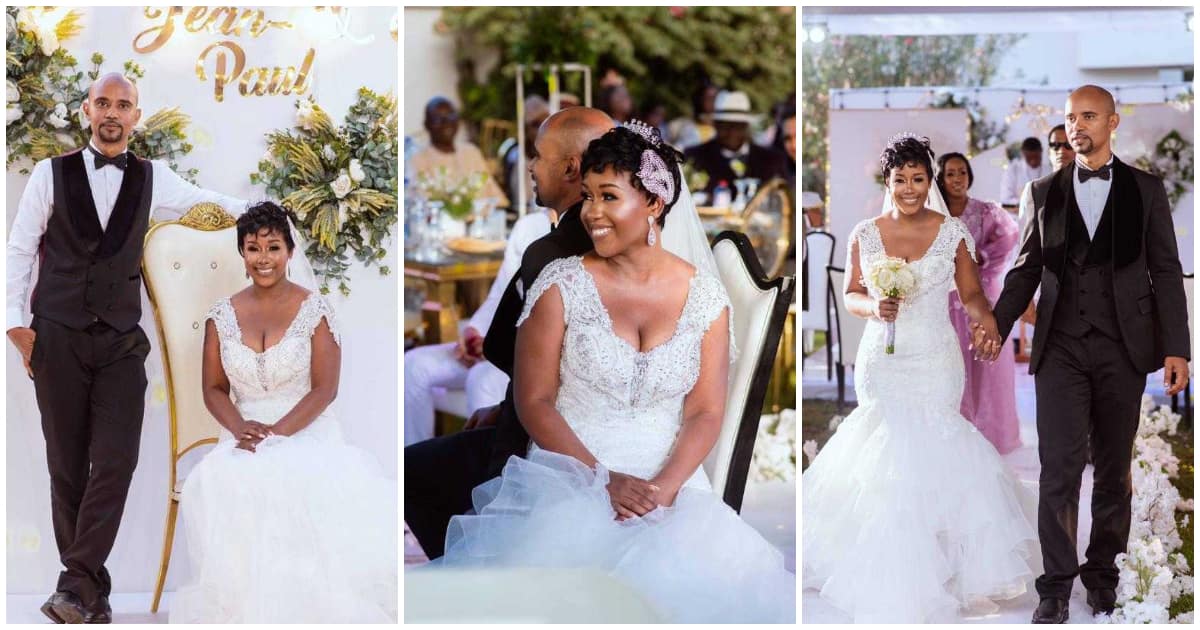 The colourful wedding ceremony was held in Accra with friends and family in attendance.

Her husband Jean-Paul Amegashie is a respected pilot.

Amanda Clinton made history in October 2019 by becoming the first female to contest for the Ghana Football Association seat, which was eventually won by current boss Kurt Okraku.

She has since invested her time in the sport and plays a role in the development of female football in the country.

Amanda who was the first female to contest for the presidency of the GFA looked elegant in her blue kente outfit and was full of smiles.

Her husband who is a pilot wore a white kaftan with blue designs which matched her kente.

Wednesday’s ceremony was a precursor to their white wedding which took place over the weekend.