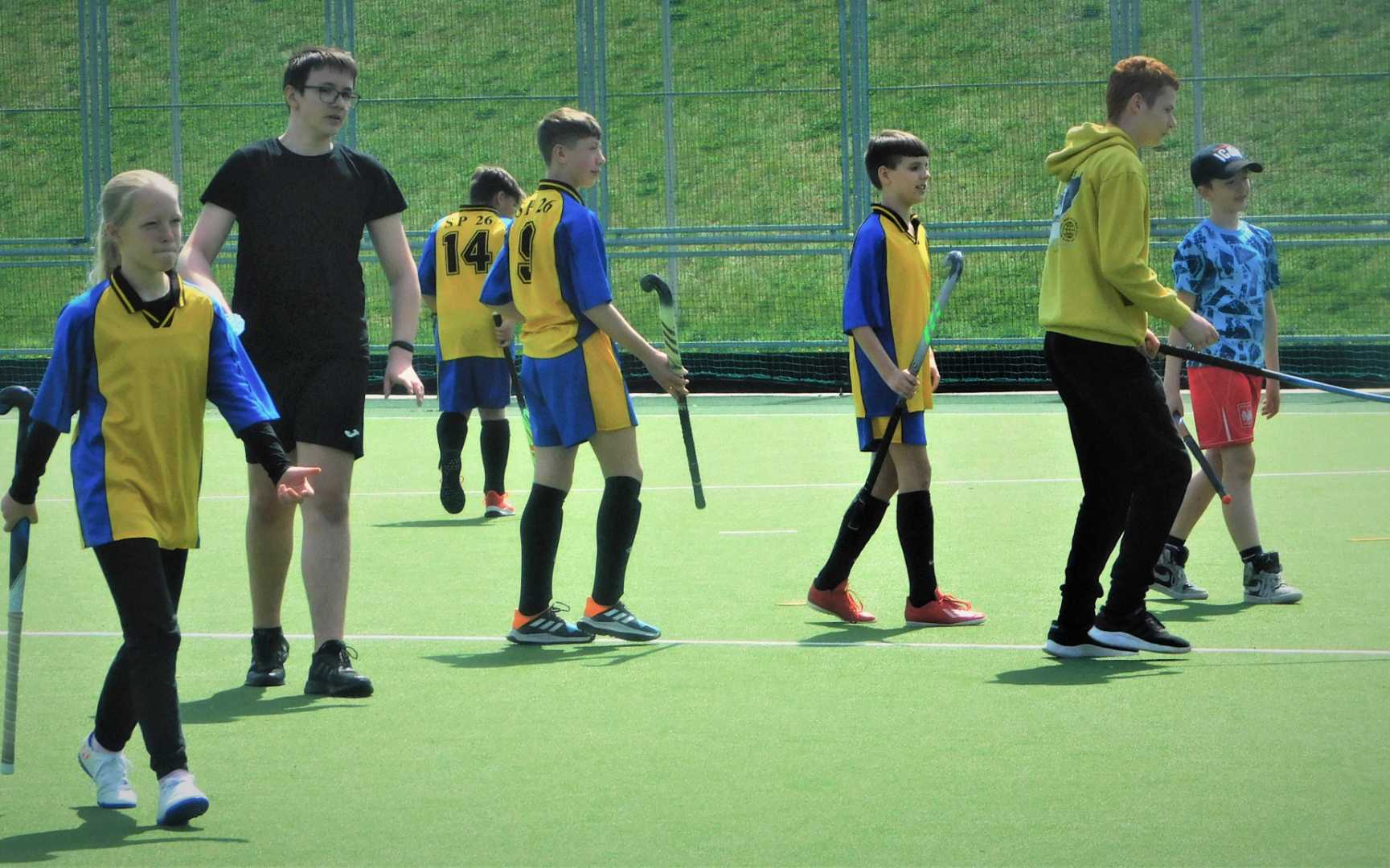 On May 1 the Polish Hockey Federation organised a tournament under the slogan “Gramy z Ukrainą” (“We Play with Ukraine”). Among the participants were children athletes and coaches, including refugees from the invaded neighbouring country, Ukraine.

The tournament was the first one for most of the athletes and it was played in two age categories – U13 (8-a-side) and U10 (5-a-side with no goalies).

Despite Poznań being 500km from the Ukrainian border, as the home city of Polish Hockey (with four clubs in the top-tier league, the NF headquarters and three high-quality pitches located in the city), it gave a home also to the refugees from Ukraine who can develop their hockey skills in this time of war in their motherland.

Besides many of the participating teams having Ukrainians in their rosters – either as players or as coaches – they also joined the umpiring team of the competition. The idea of the tournament was not only to bring the Ukrainian athletes and coaches to the action, but also to thank the Polish community, which welcomed the refugees in their clubs and teams. The Polish Hockey Federation also helped to organise a reception for the refugees and cooperates with the EHF in its bid to raise funds to help the Ukrainian hockey family.

A warm, sunny weather, opening the traditionally “picnic” month in Poland (including the first three days of national holidays) brought the fans to the hockey stadium of military club WKS Grunwald. Among them there was a Women’s National Team, sharing their words of support to the Ukrainians suffering from the Russian invasion on their home country.

Credit:AIPS
The EHF has organised a fundraising for the Ukrainian society – #StandWithUkraine can be found here.
: AIPS