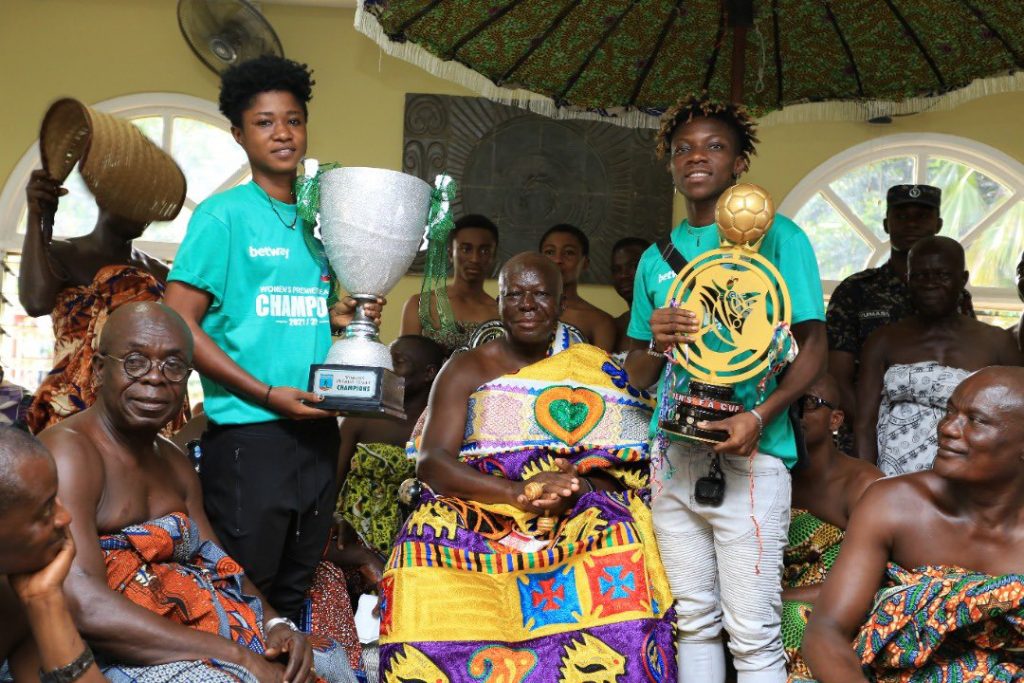 Ampem Darkoa Ladies excelled in the 2021/2022 season by clinching both the Women’s Premier League and the Women’s FA Cup titles, beating Hasaacas Ladies FC in both finals.

There’s a slot available for pick among the 7 nations whose champions will be representing in the Zone B edition of the WAFU Champions League qualifiers.

Hasaacas Ladies were winners of the maiden and previous edition and represented the zone alongside Rivers Angels from Nigeria as the runners up.

Ampem Darkoa Ladies following their unprecedented season are currently facilitating support for their upcoming campaign and by so paid a courtesy call on the King of the Asante Kingdom, Otumfuo Osei Tutu II.

According to a tweet by the Club, the King donated GH¢50,000 (fifty thousand Ghana Cedis) towards their preparation to the WAFU Zone B WCL which is to be hosted by Ivory Coast in August.