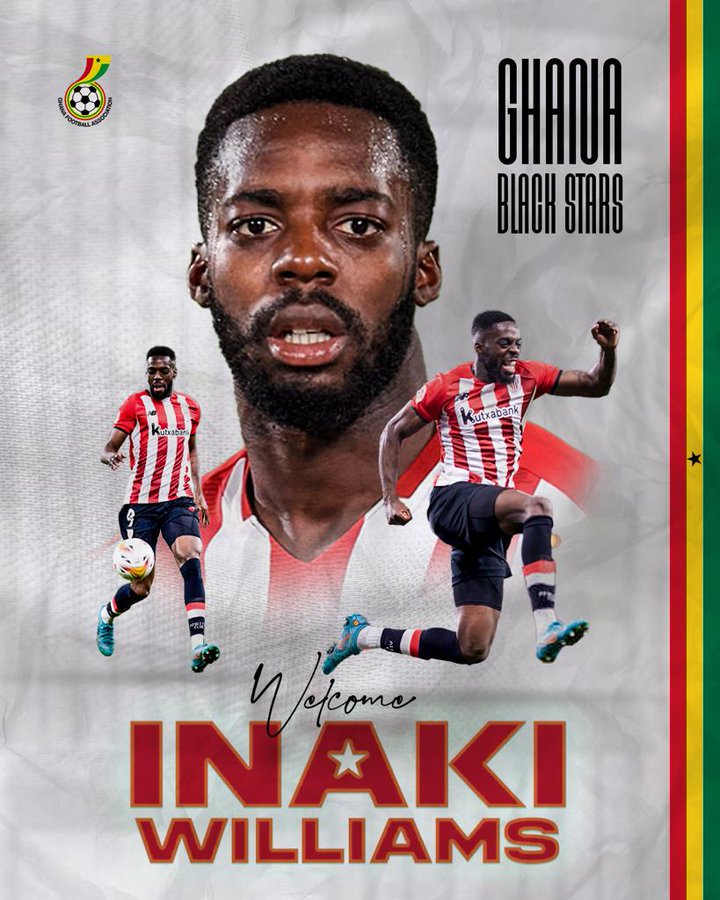 The Ghana Football Association (GFA) have through a post on the Twitter page of the national team confirmed that Inaki Williams has agreed to play for the Black Stars.

Last month, the forward who had represented Spain in the past arrived in Ghana, the country of his parents for the off-season holidays.

While in Ghana, the highly-rated attacker held several talks with officials of the Ghana Football Association (GFA).

Although speculations had it that the Atletico Bilbao forward had turned down the chance to play for the Black Stars, he has rubbished those claims with a post on his Twitter page.

In a video, Inaki Williams disclosed that he has agreed to represent the country of his parents, Ghana.

Inaki Williams, 28, comes to strengthen the squad of the Black Stars that have lost a lot of quality in the last few years.

The attacker looks set to be part of the Ghana squad that will play at the 2022 FIFA World Cup tournament scheduled to be staged in Qatar.