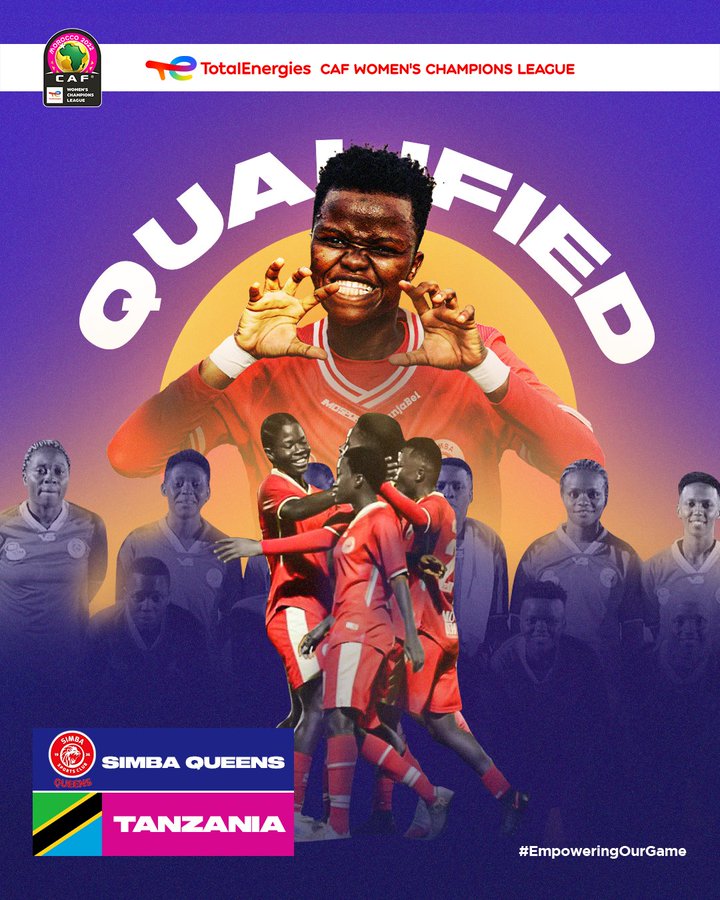 This is after they qualified for the competition following their hard fought 1-0 win against She Corporate FC (Uganda) in the final of the Zonal qualifier played on Saturday at the Azam Complex in Tanzania.

Aquino scored the sole goal of the match from the spot two minutes after the break.

The highly contested final was refereed by Rwanda’s Salima Mukansanga.

After Simba Queens FC qualification, there are now only two places left to be filled to make up the final tournament quota of eight teams. Below are the five other teams qualified so far: