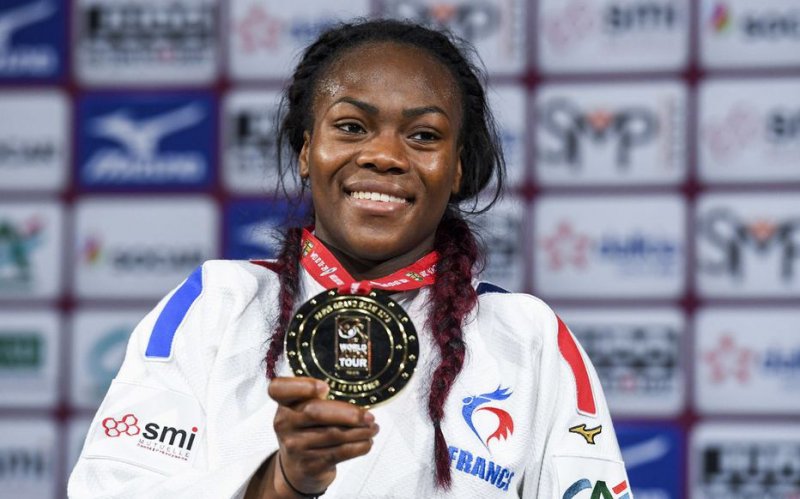 France’s Clarisse Agbegnenou shed tears of joy lying on top of long time rival Tina Trstenjak after beating her for Olympic judo gold at the Tokyo Games on Tuesday.

Agbegnenou, 28, added the elusive gold to her five world titles at the iconic Budokan arena by a waza-ari in golden score time of the exciting -63kg final.
She burst into tears right away lying on Trstenjak and later lifted the Slovenian into the air to acknowledge their long rivalry in which Trstenjak beat Agbegnenou in the 2016 Olympic final and also for the 2015 world title.
Catherine Beachemin-Pinard of Canada and Maria Centracchio of Italy got bronze in the seventh judo event of the Games which marked the first where hosts Japan did not medal.
The hosts however quickly made amends with a fifth Tokyo gold, in the men’s -81kg division when former world champion and 2016 bronze medallist Takanori Nagase beat Saeid Mollaei of Mongolia by a golden score waza-ari.
The bronze medals went to Shamil Borchashvili of Austria and Belgium’s Matthias Casse.