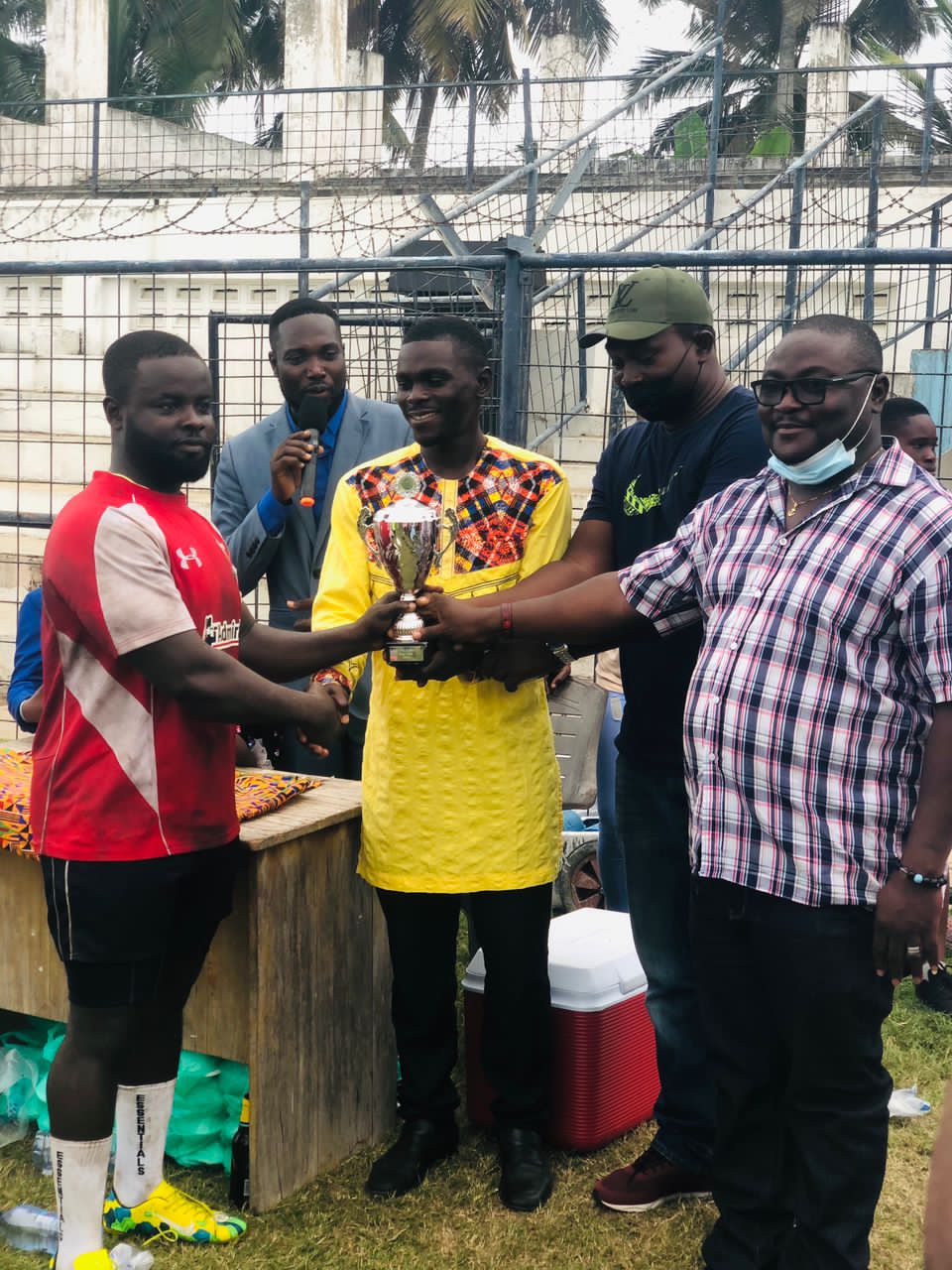 The 2021 CentWest Afahye Rugby Sevens took flight with excitement. It was a great experience for all participants.

Five teams participated in the fun game. There was a juniors game that saw under 15’s display their great skills after a long period of training and no game time. Of course lots of fatigue set in and was expected.

After a round play of two matches each, it came to the finals that featured two teams from CentWest – Rick House Team Vs Etou Team.

The first half ended with Rick House Team leading by 14 to 7.

In the second half, Etou Team fought hard in spite of a strong opposition from Rick House Team to end the game at a draw of 14 to 14.

An extra time try from Rick House Team ended the game and crowned them Champions.

n a message delivered by Mr. Anthony Stewart (Rugby Coach and School instructor – USA), he admonished the youth to keep true to the tenets of the game and maintain focus.

He was happy to be a part of the game and expressed excitement to see that Rugby is alive in Ghana.

Mr. Philip Ludd (manager at Ndoum Stadium) who graced the occasion also expressed goodwill to all the players.

The President of GRUPA, Micheal Ako Wilson entreated the players to keep up the Spirit of participation and announced that the GRUPA Sevens will be taking place sooner than expected.

The President of CentWest (James Nana Akwandoh Nunoo) in his message to the players said that the Unity that was expressed was so huge and that the bond of friendship that is created by participation should continue off field.

He said that even though Ghana Rugby is at a crossroads in governance, the local league was under discussion to begin soon and that the players to whom Rugby belongs should be ready to participate.

Finally, he thanked all sponsors and every individual that contributed to the success of the games.

Below are more photos from Cape Coast: