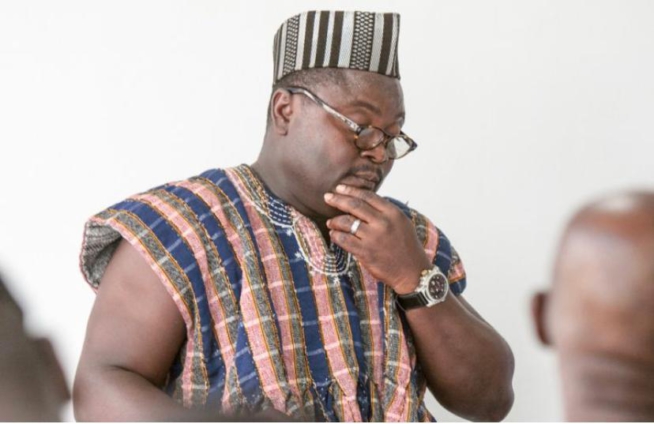 Rugby Africa has suspended the vice president of the Ghana Rugby Football Union, James Nunoo, for a period of five years after his failure to substantiate bribery allegations against Coralie van Den Berg, General Manager of the continent’s governing body.

Mr. Nunoo has also been slapped with a fine of 1000 Pounds.

In 2021, James Nunoo accused Coralie van Den Berg of receiving a sum of money from President of Ghana Rugby Football Union Herbert Mensah through Board Member Rafatu Inusah during the Women’s Sevens in Tunisia in 2019.

Africa Rugby left the matter in the hands of World Rugby Legal and Disciplinary Commission which appointed Patrick Bradshaw as adjudicator.

Upon his appointment, Mr. Bradshaw sent all persons involved in the case a questionnaire by email, to enable them tell their side of the story. Rafatu Inusah, Herbert Mensah and Coralie van Den Berg responded swiftly but James Nunoo failed to fill out the questionnaire. Mr. Bradshow wanted to give Mr. Nunoo an opportunity to substantiate the bribery claims but to no avail.

In a press release sighted by Joy Sports, Mr. Nunoo said he did not receive any official communication from African Rugby and does not accept the decision of the World Rugby Adjudicator Patrick Bradshaw.

The World Rugby Legal Officer proceeded to apply sanctions as enshrined in World Rugby regulation.
“The allegation made by James Nunoo against Coralie van Den Berg directly and seriously damages her honor and the consideration of her person. This is misconduct and a clear act of defamation, prejudicial to her dignity and to the image she benefits from with all the partners of Rugby Africa, in her capacity as general manager of Rugby Africa”

“Regulation 20.10 relating to sanctions for misconduct specifies in its paragraph 20.10.1, that: Where an act or acts of misconduct have been committed, the Disciplinary Committee or Legal Officer has the right to impose any sanction that he or she considers appropriate against the Federation, of the Person and/or Player and/or any other relevant party.

“Accordingly, Mr. James Nunoo, Vice President of the GHANA RUGBY UNION is suspended from any involvement in rugby activities for a period of 5 years. Mr. James Nunoo is required to pay a fine of 1,000 pounds sterling, as compensation for moral damage suffered by Coralie van den Berg on behalf of Rugby Africa.”

Mr. Nunoo had a period of 8 days to appeal against the 5-year ban from all rugby-related activities but he failed to challenge the decision of the World Rugby Adjudicator.