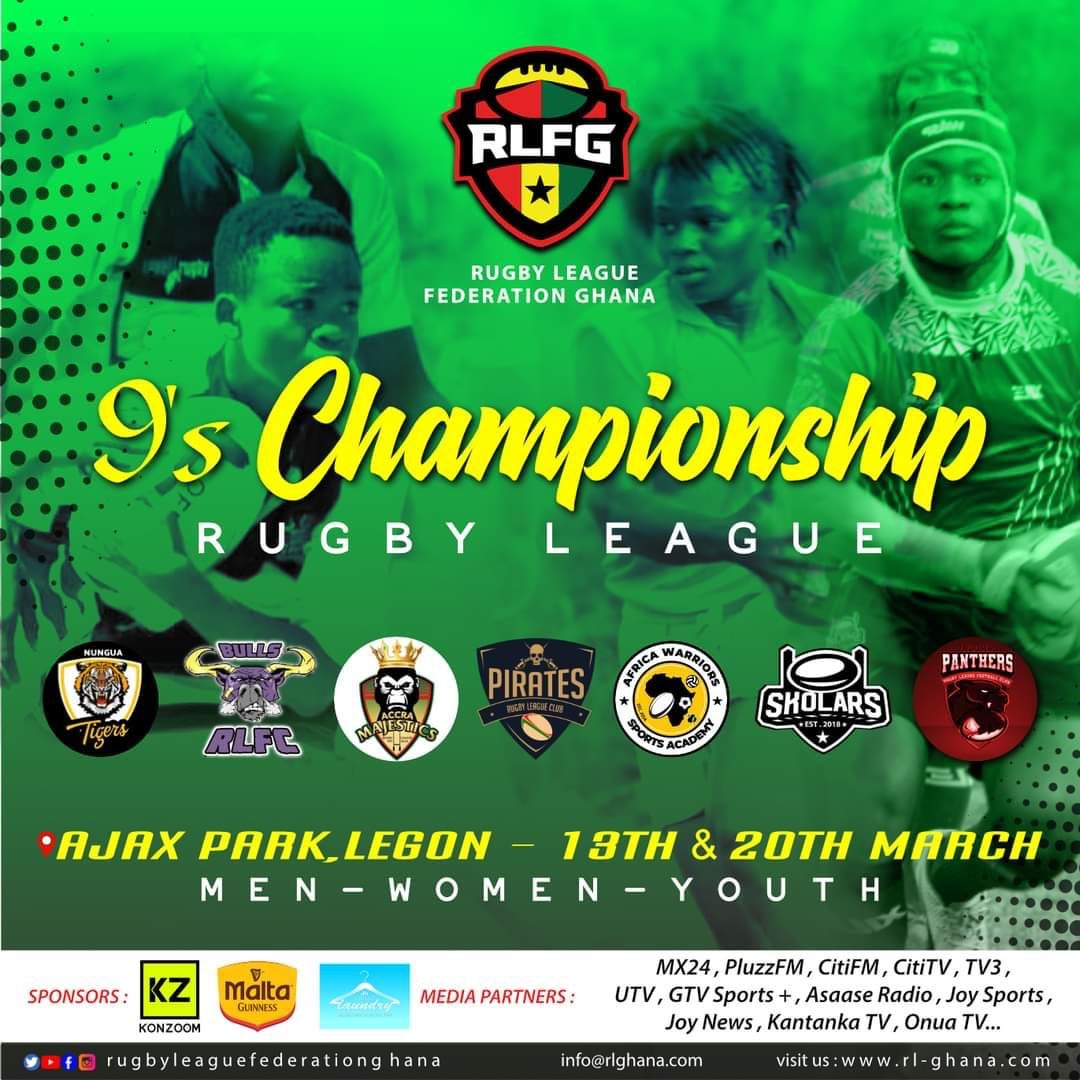 The Rugby League Federation Ghana (RLFG) returns for the 5th season running with the annual 9s rugby championship slated for Sunday, March 13 and a week later on 20 March at the Ajax Park located inside the Univeristy of Ghana, Legon.

This year’s event will see a novelty by the RLFG, with plans confirmed to launch an elite women and youth versions alongside the men’s competition to advance the women and colts sections of the game in the country.

The two-week tournament seeks to tickle rugby league enthusiasts with fascinating entertainment as well as establish a competitive hedge among clubs ahead of the 13s Championship this May.

Matches will be played under a three-round group basis with group toppers facing off for a final in the senior men’s whiles the women and youth divisions involve a single-round match format.

In the youth division, African Warriors are set to lock horns with Nungua Tigers and Firm Foundation.

“The women’s game is rapidly growing and has reached its attraction point hence the need to expand the championship,” said Jafaru Mustapha, General Manager of the Rugby League Federation Ghana.

“This competition will provide an opportunity for our clubs and players to showcase and unearth new talents, especially in the women’s game,” he added.