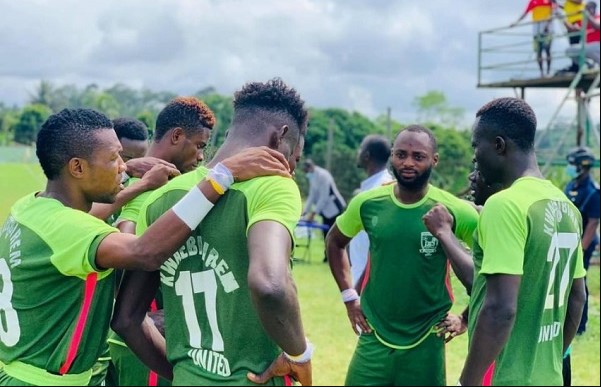 The Asuom based team, Kwaebibirem United secured promotion to the Division One league as winners of Eastern Regional second division middle League competition.

The Asuom based team defeated Great warriors 2 – 0 to qualify to division one league.

Esirifi Maxwell and Yaw Mershark both score goal each in the second half of the game to ensure that the Asuom based team book their ticket to the National Division One League.

The Chairman of Kwaebibirem United SC Mr. Issac Kontoh popularly know as Odihyeba in an interview with Ghananews247.com congratulates his player’s for securing promotion to the Ghana Division One League.

He said they are ready for the upcoming league and will make sure they qualify to the premier league proper.

He thanks the supporters who moved all the way from their homes to Akyem Oda Municipal Park to support Kwaebibirem United SC to secure promotion to the National Division One League.