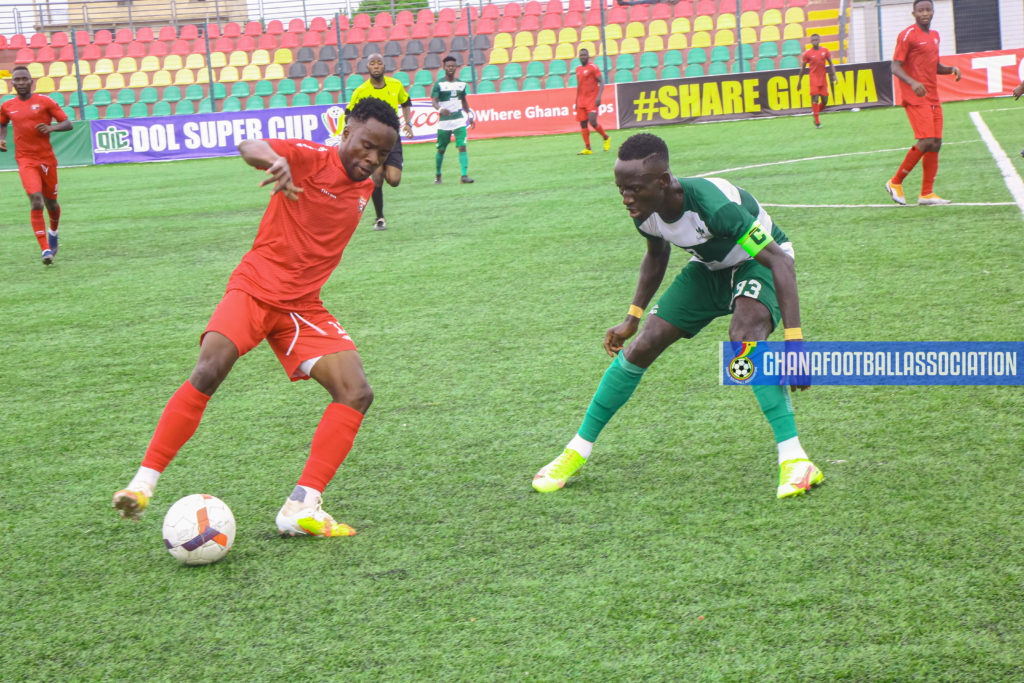 Accra Lions and Samartex 1996 picked the remaining semi-final slots in Group B after beating Real Tamale United and Berekum Arsenal respectively in their final Group games.

Accra Lions needed the three points to progress after falling to Arsenal in their second game on Saturday. The newly promoted Premier League side put up a gallant display against giants Real Tamale United at the Mc Dan Park to pick all the spoils.

Inform striker Frederick Asante put Lions ahead in the 10th minute after converting from the spot but Prince Atta Antwi drew RTU level 11 minutes later with a stunner. The lanky forward curled a free kick from 20 yards into the roof of the net to bring RTU back into the contest.

Lions came close to restoring their lead in the 50th minute but the Berekum Arsenal defence were on guard to stop the attack. The introduction of Kwadwo Kyeremanteng changed the attacking options of Accra Lions who continued to pile pressure for a second goal.

Frederick Asante picked a pass from the edge of the box, went round two players before smashing home for the second goal. Accra Lions held on to win the day 2-1 to progress to the semi-finals.

In the other Group B game, Samartex 1996 swept aside Berekum Arsenal 2-0 to progress.

The semi-final games will be played on Wednesday at the Madina Astro Turf.

Tema Youth will play Samartex at 9am while Accra Lions face Skyy FC at 3pm.

There will be a live broadcast on Max TV and the GFA App.