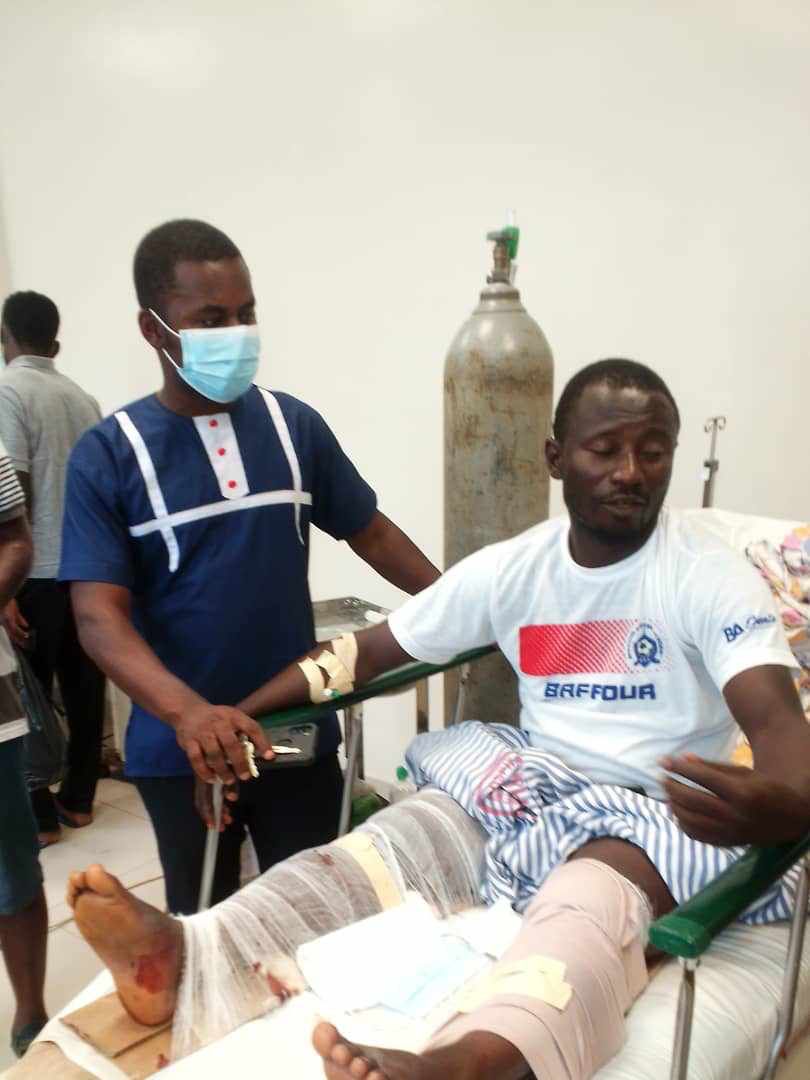 Baffour Soccer Academy administrative manager, Kwaku Adjei Richard has been confirmed dead few days after the club’s bus which was travelling to Accra for pre-season ahead of the new season.

Adjei, together with head coach Mohammed were referred to Methodist Hospital in Wenchi and Ridge Hospital in Accra respectively, after their situation became worse.

Adjei visited by friends whilst on admission at the hospital

They were trapped in the car for almost an hour and it took the intervention of the Fire Service before they were finally pulled out after their bus collided with a VIP bus.

Adjei suffered a fracture on his right leg and that was why he was sent to Wenchi to see a specialist.

The duo were part of the traveling contingent that suffered a fatal car accident at Kyebi Junction, off the Accra-Kumasi road on Monday evening and were rushed to the Kyebi government hospital.

Adjei, before his untimely death, was working with Service Radio in Sunyani. He has previously worked with Ark FM and Metro FM in Sunyani and Kumasi respectively.

Baffour Soccer Academy were recently crowned Champions of Brong Ahafo Division Two League. The club is owned by Member of Parliament for the people of Sunyani West Constituency Hon. Ignatius Baffour Awuah. He also doubles as the Minister of Employment.

The club boasts of two pitches, one for training and one for matches, modern dressing rooms,  two storey buildings used as hostels, a swimming pool an entertainment room, a restaurant, and six-unit classroom block for teaching and learning.