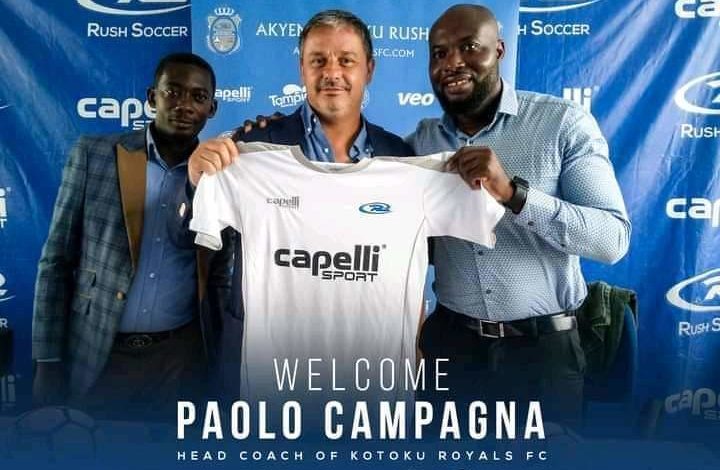 Ambitious Division One side, Kotoku Royals FC have appointed Italian trainer Paolo Campagna as the club’s new head coach ahead of the 2021-22 season.

The 46-year old former AC Milan Academy coach joined the Akim Oda based club on a two-year contract and was unveiled by the club on Wednesday.

Campagna has been tasked to ensure the club finishes the 2021-22 season in the top-four of Zone Three of the Division One League to secure a place in next season’s newly formed Ghana National Super League.

The highly-rated trainer joined Kotoku Royals from College Life Italia- Technical Development Players Program, where he was the Head coach for the program’s U19, U16 and U15.

He replaces Serbian tactician Stephan Ristic who left the club at the end of last season.