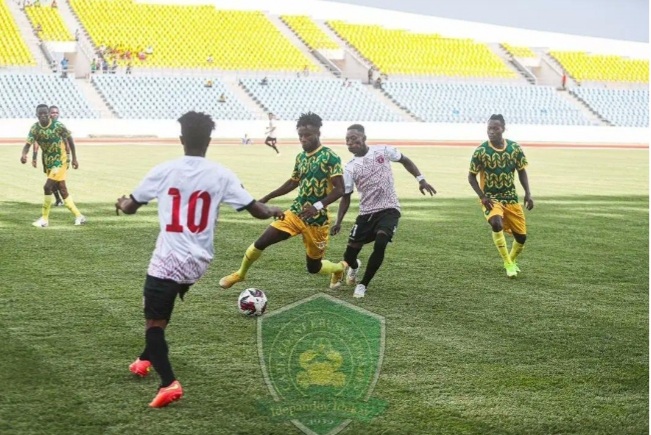 New Edubiase United made it two wins from two matches after holding on to beat Swedru All Blacks at Bekwai.

The former Premier League side opened the season with a 1-0 win against Achiken FC and showed intent to continue with their bright start to the competition.

New Edubiase were dominant from the blast of the whistle – exchanging some delightful passes trying to create openings in the All Blacks defence. Yussif Bawura scored the only goal of the match. Bawura swivelled passed the back line of All Blacks before drilling home from close range.

In Cape Coast – Ebusua Dwarfs recovered from their opening day draw against Bekwai Youth FA as they beat Pacific Heroes 2-0 at the Cape Coast stadium.

After a barren first half, former Dreams FC striker Richard Addai shot Dwarfs into the lead in the 56th minute before Albert Hammond added the second in the 82nd minute of the game.

Ebusua Dwarfs have now picked 4 points after the two opening matches of the season. They are pushing for quick return to the Premier League after suffering relegation last season.

Asokwa Deportivo were silenced by Samartex 1996 as they suffered a 2-0 loss on match day one of the season. The Kumasi based side – regular campaigners in the Division One League mastered courage to beat Achiken FC 2-0 on Sunday to get their season back on target.