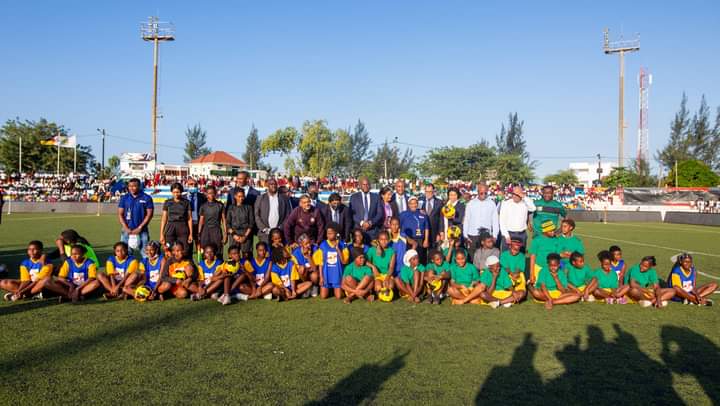 CAF President Dr Patrice Motsepe launched the CAF African Schools FootballProgramme in Maputo, Mozambique; in an event attended by members of the Mozambican Government, business and football leaders from Mozambique and the COSAFA region.

Before the launch, the CAF President met with Mozambique President, His Excellency Filipe Nyusi, who is passionate about football and whose government supports football.

The kick-off of the CAF African Schools Football Programme is the implementation of one of Dr Patrice Motsepe’s African youth football development objectives as announced, in April 2021, during a visit in Abidjan, Côte d’Ivoire.

The CAF African Schools Football Programme received a donation of USD 10 million from The Motsepe Foundation which will be used as prize money. The winning schools will use the prize money to provide football infrastructure, educational and other skills development facilities at these schools.

Football Associations from 41 countries will participate in the inaugural event.

The winning schools will use the prize money to provide football infrastructure, equipment and educational development courses at these schools.

The Programme is set to be played between April 2022 and March 2023. It will have three phases:

The Programme focuses on capacity building in areas of governance, coaching, education and media for the participating countries.

The participating schools will also benefit from this capacity building and training program. Teachers will be selected to enrol in in CAF coaching programmes.

One of the objectives of the Programme is on the social impact of football in the communities and countries where the schools are – using the game to change the face of Africa.