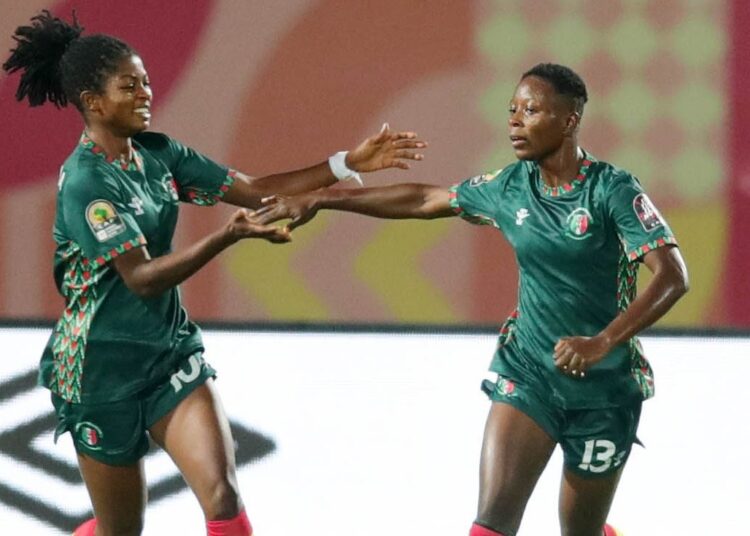 Two Ghanaian players have earned nomination for the prestigious Africa women’s player of the year, with the club they made headlines with at last year’s maiden Africa Women’s Champions League, Hasaacas Ladies also in running for the female club of the year gong as well as their helmsman, Yusif Basigi on the coach of the year shortlist.

Striker Evelyn Badu who was top scorer at the continental tournament in the Morocco, but has since moved on to Avaldsnes is nominated for all of the women’s player of the year, interclub player of the year as well as young player category, all same as hitherto Hasaacas Ladies teammate, Gladys Boaduwaa.

Hasaacas Ladies trainer, Yusif Basigi competes for the coach of the year award against nine others selected from across the continent whilst the recently dethroned Ghanaian women champions are in the running with 4 others for the best female club in Africa.

This was revealed after the Confederation of African Football CAF announced the shortlist for the CAF Awards 2022 female categories the much-awaited gala night in Rabat, Morocco next week Thursday, 21 July.

The Women’s Young Player of the Year and Women’s Club of the Year has five nominees apiece.

Meanwhile, 10 nominees have been selected for the Coach of the Year category after taking into consideration the group phase matches at the ongoing TotalEnergies Women’s Africa Cup of Nations Morocco 2022.

The winners of each category will be decided by a voting panel made up of CAF Technical Committee, media representatives, head coaches and captains of Member Associations and clubs involved at the group stage of the Interclub competitions for the 2021/22 season.

Player of the Year (Women)

Interclub Player of the Year (Women)

Young Player of the Year (Women)

Coach of the Year (Women)

Club of the Year (Women)

National Team of the Year

Due to the absence of a major women’s competition during the period under review, the Organising Team for the CAF Awards 2022 has reviewed the selection process for this important category. The TotalEnergies Women’s Africa Cup of Nations Morocco will be factored as one of the criterion in deciding a winner befitting of the status of the award and women’s football in general. The winner will be announced on 23 July 2022 during the final match of the Women’s AFCON.