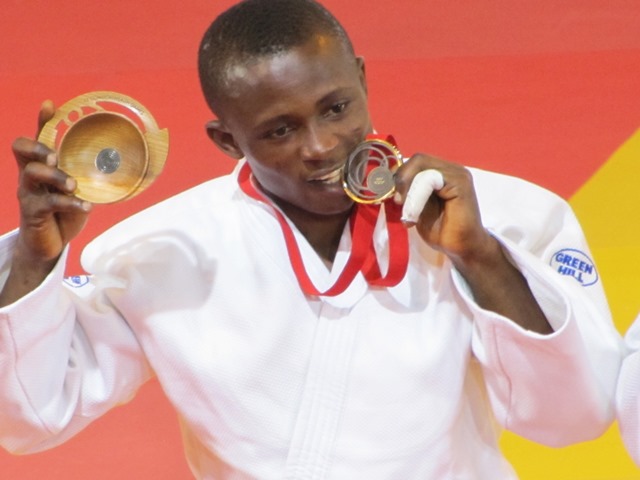 The national judo champion has inked Ghana’s name on the medals table.

Razak Abugri has won Ghana’s first medal at the Commonwealth Games in Glasgow,Scotland.

Fighting in the 60kg category of the men’s Judo competition,He beat Mozambiques’Neuso Segauque to claim the brinze medal in the event.