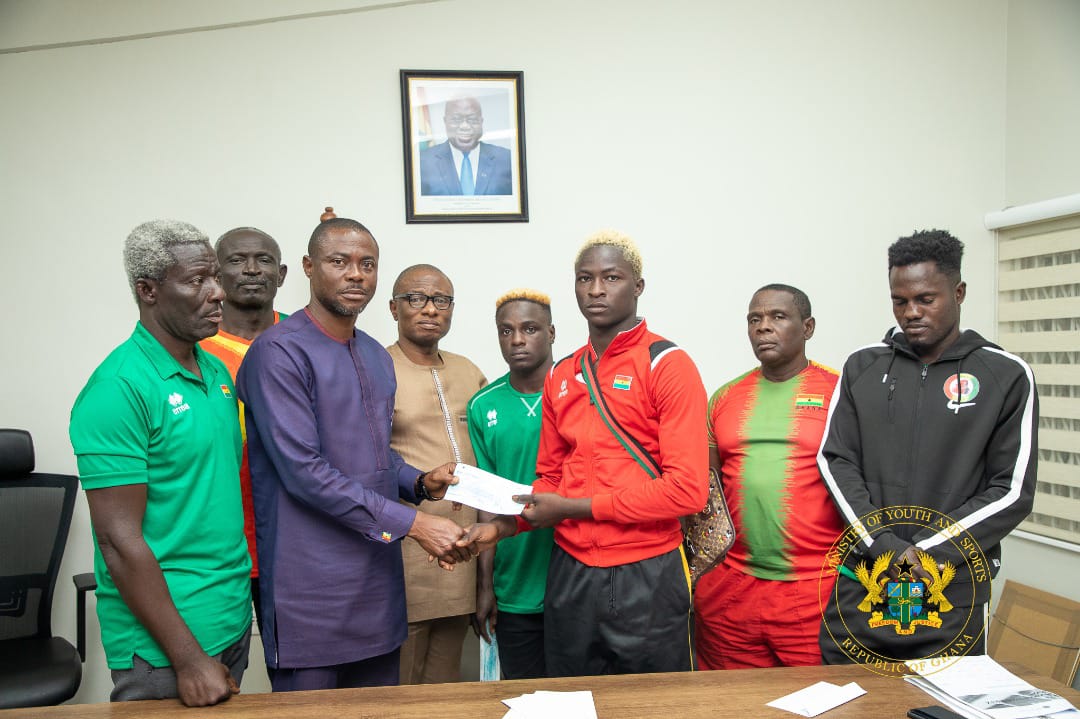 Ghana’s medalists at the 2022 Birmingham Commonwealth Games were deservedly splashed with monetary rewards on Thursday.

The honour came three days after the Times Sports had urged the Ministry of Youth and Sports to expedite action on the awards – the seemingly frustrated athletes having arrived home from the Games since Wednesday, August 10, last month.

Though they did not give details for the delay, the Ministry’s award to the athletes surpassed that of their Nigerian counterparts – who received less.  The move was wildly celebrated by the Ghanaian medalists.

The nation’s silver medalists in the persons of boxers Abraham Mensah (bantamweight) and Joseph Commey (featherweight) both received US$5000, while Abdul Walid Omar (light welterweight) who clinched bronze, swaggered away with $3000 for his effort.

Three coaching staff of the boxing team (Black Bombers); head coach Ofori Asare and his assistants, Daniel Lartekwei Lartey and Ebenezer Ofoli Quaye, were given US$2000 each.

Two bronze-winning track and field athletes – Joseph Paul Amoah (200m) and Deborah Acquah (triple jump) also had a share of their package (US$3,000) each. However, rewards for their coaches (Myles Mills and Salamatu Musa) were temporarily put on ice, pending the outcome of a report on the disqualification of Ghana’s men’s 4×100 relay team at the Games.

The three boxing medallists with the Deputy Sports Minister

The Commonwealth Games Federation (CGF) flushed out Ghana’s relay team from the campaign, despite finishing third to qualify for the finals of the Commonwealth Games. This was due to technical violations on the part of the coaches who failed to inform officials of their decision to replace Joseph Amoah with Abdul-Rasheed Saminu.

Sources say the Ghana Athletics Association (GAA) submitted its report to the Ministry, Chef de Mission, and Head of the International Games Committee nearly a fortnight ago.

Meanwhile, the athletes have expressed their profound appreciation to the Minister for Youth and Sports, Mr Mustapha Ussif for the gesture – promising to repay the trust reposed in them with a decent number of medals in future engagements.

It is recalled that Nigerian gold medal winners received $5,000 each, while the winning coaches were also given $3,000 each. Silver medalists received $3,000 for their effort with bronze winners settling for $2,000.