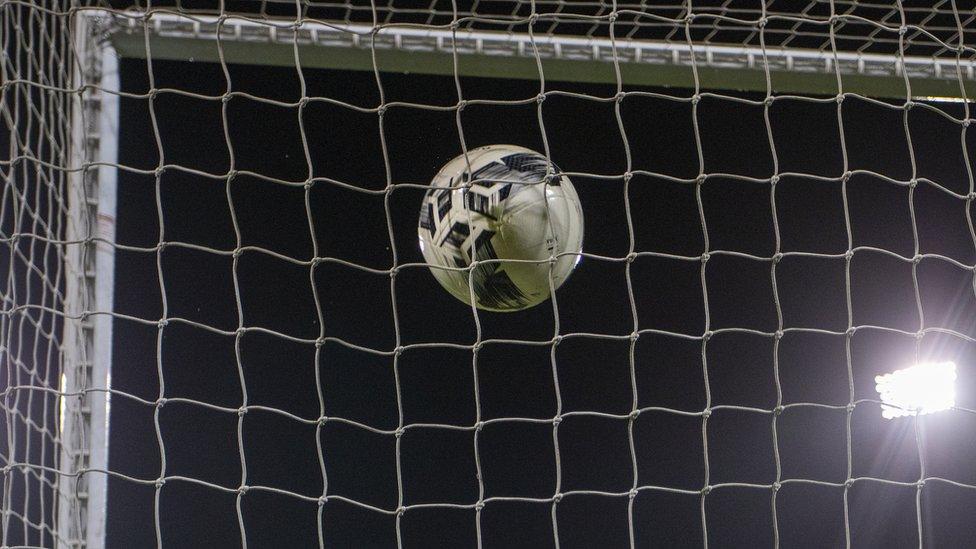 After four clubs were banned for life from the fourth tier of South African football after fixing games in a bid to win the league, authorities have lined up a series of workshops to educate coaches, officials and referees.

As table-topping rivals Matiyasi FC and Shivulani Dangerous Tigers battled for the title last month, so some extraordinary scorelines emerged.

The Tigers beat Kotoko Happy Boys 33-1 in late May, only for Matiyasi to improve on this with an eye-popping 59-1 victory over third-placed Nsami Mighty Birds.

Officials from the clubs have received suspensions of between five and eight seasons for their roles in fixing the games on 22 May, while the respective match officials have been given ten-season bans.

“These people don’t have respect for football, and we cannot allow it to happen again,” Vincent Ramphago, president of the Mopani region, told BBC Sport Africa.

“What is sad is there are young players involved because the competition rules stipulate that each team has to field at least five players under 21.

“Our main aim in organising leagues is to make sure we groom the young footballers into potential future Bafana Bafana players.”

Despite their efforts, the goals ultimately counted for little however, as Gawula Classic – who finished fourth in the league – were declared winners of South Africa’s Mopani region.

These came after the bans handed out to the three teams above them, with Shivulani having led by three points, not to mention being 16 goals ahead on goal difference, prior to kick-off of the final day.

“Our investigation found that Matiyasi and Nsami wanted to stop Shivulani from topping the log so they agreed on fixing the match to prevent this from happening,” stated Ramphago.

“After hearing that Matiyasi were leading 22-0 at half-time, Shivulani colluded to remove Kotoko Happy Boys players from the field. The players who came off said they were tired leaving their team with only seven players.

“In the Matiyasi game meanwhile, the referee gave players red cards so that Nsami ended up with seven players.”

When the teams had previously met in March, the scorelines were considerably more sober, with Matiyasi beating Nsami Mighty Birds 2-1 while Shivulani Dangerous Tigers drew 2-2 with Kotoko Happy Boys.

The disciplinary committee has already found evidence of collusion between the respective teams and the match officials to contrive the results.

Players from the four teams in South Africa’s northern Limpopo province will learn their fate in the next few days.

Heavy sanctions are expected after Kotoko Happys Boys’ players simply left the field in their 33-1 thrashing, while it emerged that Nsami Mighty Birds had scored 41 own goals during their 59-1 mauling – despite finishing the game with only seven players.

“When we investigated we discovered that some of the Matiyasi goals were not even [properly registered] because the referee was unable to interpret his report,” said Ramphago.

“We found the referee was just writing – ‘player number 2 scored 10 goals, player number 5 scored 20 goals’ and so on – but there were 41 own goals so how were they recording these?” added Ramphago, who is also the chairman of the region’s competitions committee.

“In the previous match we played, we were told the referee is part of Shivulane Dangerous Tigers,” the Nsami coach said.

“We scored four goals but all of them were disallowed by the referee but then they hit a side net and the referee said it’s a goal. When we reported the matter to Safa, we were told that the referee’s decision is final.

“The players’ minds were not on the game because even if they won, they knew it wasn’t going to help them in any way. I tried as a coach to push them but it was difficult – there was nothing I could do.”

Unlikely scorelines are nothing new in African football, with two Nigerian promotion rivals handed 10-year bans in 2013 after recording wins of 79-0 and 67-0.

Yet nothing beats the 149-0 win recorded by Madagascar’s AS Adema after their rivals SO l’Emyrne repeatedly scored into their own net after a disagreement between their coach and the match referee.