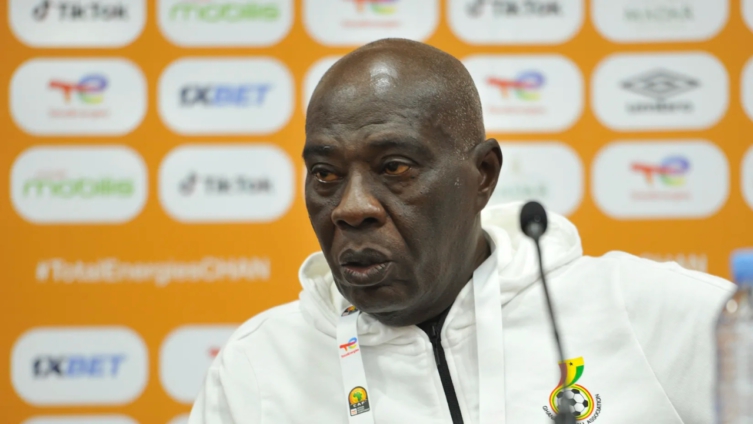 Black Galaxies head coach, Annor Walker, says he was left disappointed by the performance of his team in the first half of their game against Madagascar in the 2022 African Nations Championship (CHAN) on Sunday, January 15.

Ghana suffered a 1-2 loss in their opening game against the debutants with Solomampiona Razafindranaivo and Olivier Randriatsiferana scoring in the first half and second half respectively while Augustine Agyapong came off the bench to grab a consolation goal.

Having had months of preparations prior to the start of the tournament, the Black Galaxies were expected to get a win in their opener but left the pitch on Sunday with zero points.

Speaking at the press conference after the game, Walker said, “I think my boys disappointed me in the first half and I take it as one of those things that happen in football. We were well prepared for this game, but minor mistakes cost us the game.

“Such things happen in football. It happens in competitions that big teams lose their opening games. We may have lost but we are certainly not out of the competition yet.

Following the defeat, the gaffer hinted he will need to revisit the match and come up with ideas and where his team needs to improve ahead of their next fixture.

“Madagascar played well in the first half, but we also did not have our usual rhythm. Apart from that, I did not see anything different from them. They were possessing the ball quite well, but I believe we could have done better ourselves and these are the things we will need to look at and remedy ahead of our next match on Thursday.

“I still need to analyse the game and to make a proper judgement on where exactly we went wrong and how it needs to be fixed,” he concluded.

The Black Galaxies face Sudan in their next group game on Thursday, January 19, hoping for a chance to go past the group stage for the third time out of their four appearances.