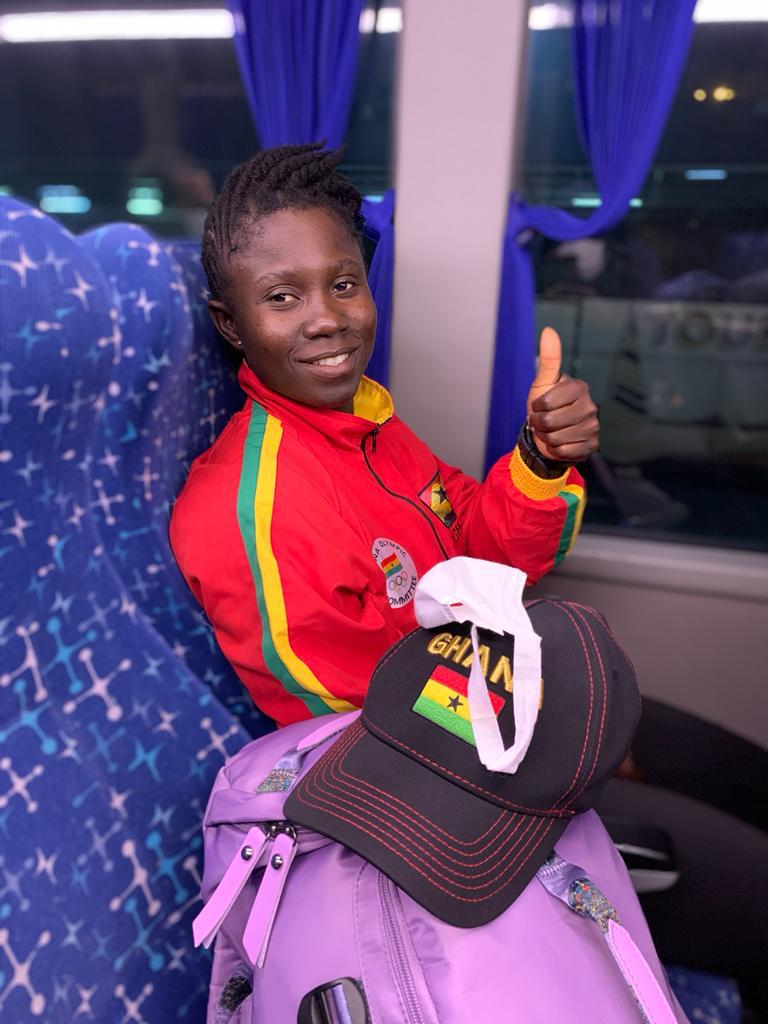 One of Ghana’s finest female weightlifters, Sandra Mensimah Owusu put up a remarkable performance to qualify for next year’s Commonwealth Games.

But the stalwart athlete had to reduce her bodyweight by 10kg to be able to compete for qualification in the Birmingham Games.

The imposing 19-year-old lady who competes in the 64kg weight category, was compelled to slash off that mass weight in two weeks to participate in the 55-weight class at the just-ended International Weightlifting Federation (IWF) World and Commonwealth Weightlifting Championship in Tashkent, Uzbekistan.

There were scores of top-class lifters in Sandra’s original weight category and her chances of making it to Birmingham would have looked dim. Though she could not win a medal, the determined lady was able to garner enough points to place fifth, subsequently qualifying for the Commonwealth Games.

The hardworking lifter snatched 66kg and 77kg in the clean and jerk event, recording a total of 143 in the Women’s Group B 55kg class.

Sandra Owusu all smiles after making the C’wealth Games mark

According to Ms. Owusu, who also participated in the 2018 Youth Olympics in Buenos Aires, Argentina, flushing out 10kg off her weight was a thorny exercise to undertake.

“I must be honest with you, it wasn’t an easy thing to do at all; but the decision was worth its weight in gold.”

Sandra said she is going to train extremely hard to ensure she maintains her present body weight, ‘and hopefully win a medal in Birmingham.’

“I know it’s not going to be easy maintaining my present weight, but I have no option. What it means is that, I have got to do a lot of sacrifice,” she added.

The nation’s other female lifter, Winnifred Ntumi, won bronze in the 49kg bodyweight division in the Uzbekistan championship, to also make it to the quadrennial Birmingham Games.