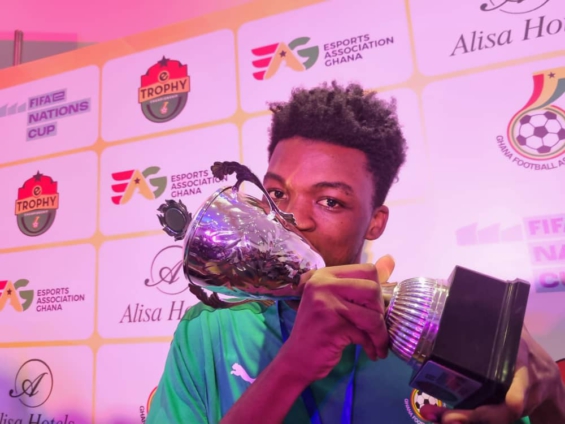 Jonas, who is a player of the Play Province eSports team, beat highly-rated Flow Burner Frass (real name Habibu Sulley) to clinch the title at the event that took place a the Alisa Hotels on Saturday, May 14, 2022.

The event was the first of its kind being held in Ghana as they looked for a team to represent Ghana in the subsequent tournaments.

Having taken a 4-1 lead in the first leg of the final, Jonas.

Prince Jonas reached the tournament’s final after beating Ashanti region’s Frempps in the semifinal while Flow Burner saw off competition from Wondhakid to reach the last two.

With Flow Burner finishing as the first-runner up, he joins Jonas (winner) and Wondhakid (second runner-up) to officially join the national team, the Black Commets.